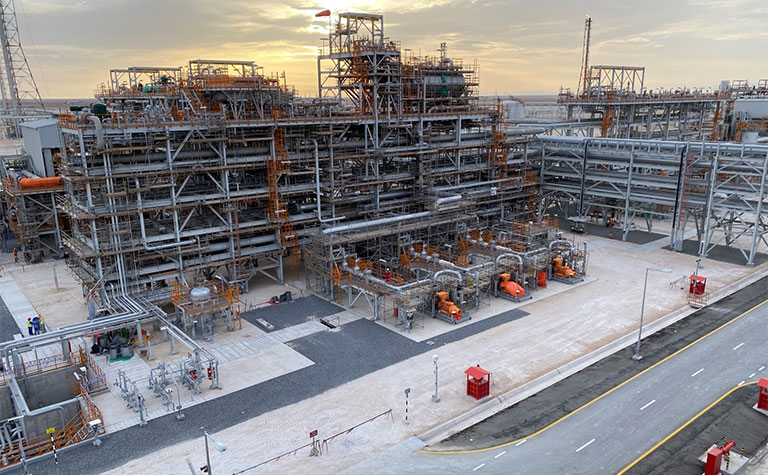 BP Exploration (Epsilon) LLC has announced that Ghazeer project – Khazzan Central processing Facility (CPF) – Phase II has started gas production on October 12, 2020. Initially, Ghazeer was expected to begin production in the first quarter of 2021 but the first gas from the field has been delivered four and a half months early.

The project is part of Block 61 -one of the Middle East’s largest tight gas accumulations – and is located within the Al Dhahirah Governorate, nearly 450km to the southwest of Muscat Governorate, the capital of Oman and is owned by BP and Oman Oil Company Exploration and Production.

Labelled as the Jewel in BP’s crown, CCC was awarded the construction phase of this prestigious project, in December 2017 by the main contractor, Petrofac Oman. The project was the second development phase of Khazzan Central processing Facility (CPF) and the scope included additional gas processing train, liquid train, inlet facilities, export gas compressor, flare system, substations, and connections/modifications to the existing plant (Brownfield works). CCC was also the construction contractor for Phase 1 of the project which was completed in 2017.

In delivering this major project ahead of schedule, CCC has casted more than 56,000 m³ of concrete works, erected 9,500 tons of steel structures and 336,000 Inch-diameter of piping, laid more than 1,000,000 m of electrical and instrumentation cables and installed close to 6,000 Tons of equipment. Safety wise, the project recorded nearly 19.6 million man-hours without lost time injury (LTI).

With an estimated 10.5 trillion cubic feet of recoverable gas resources, Block 61 has the capacity to deliver approximately 35% of Oman’s total gas demand.