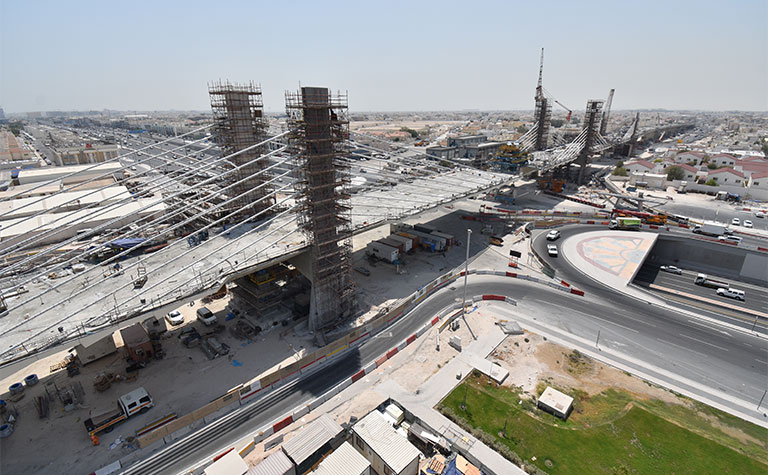 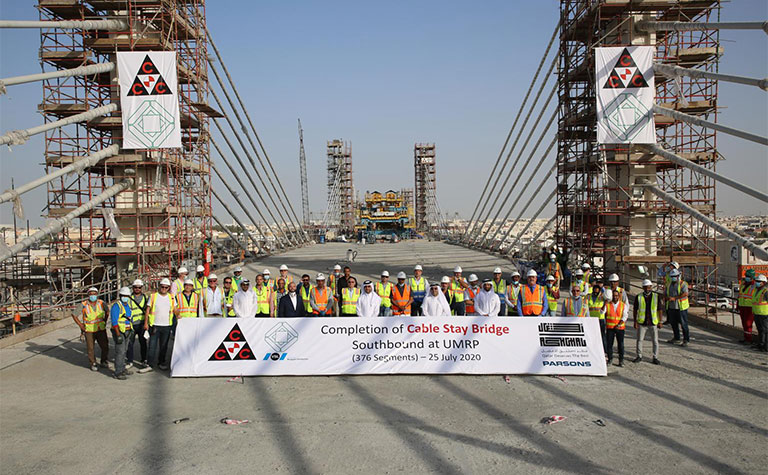 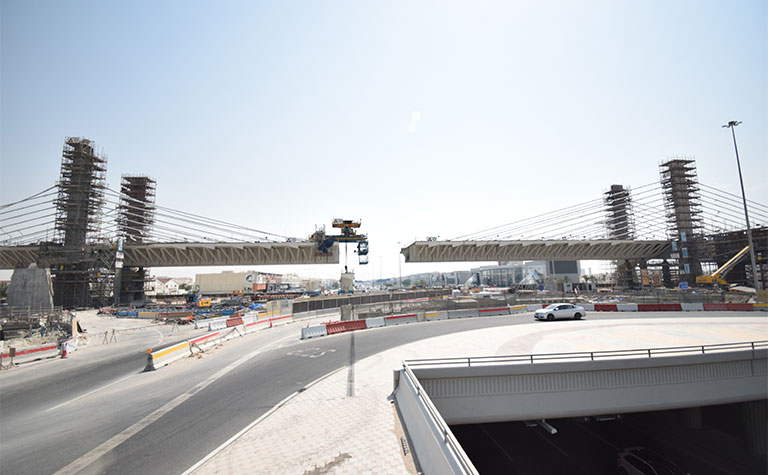 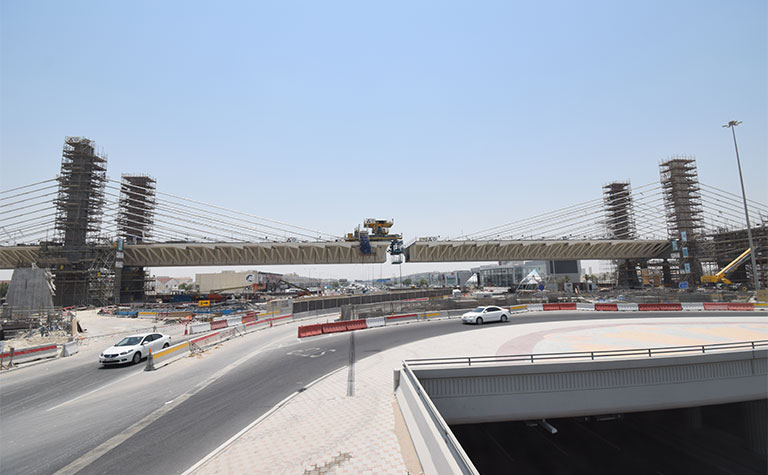 Consolidated Contractors Company (CCC) recently completed the southbound section of Qatar’s first cable-stayed bridge, which is part of the Sabah Al-Ahmad Corridor project. The southbound carriageway will be opened for duel two lane running while the northbound bridge is erected.

The full bridge is expected to open in 2021, the 1,200-metre-long bridge will consist of four lanes in each direction. It will accommodate more than 16,000 vehicles per hour and improve the traffic flow between Hamad International Airport (HIA) and the areas of Bu Hamour, Mesaimeer and Al Waab.

The bridge is being constructed without pillars for a distance of 150m, instead cables will be used for support. In total, construction of the bridge will require 854 precast reinforced concrete pieces, each weighing up to 200 tons, as well as 16 pylons and 20 piers.

Works to Sabah Al Ahmad Corridor began in early 2018. This infrastructure project is of increased significance for the country, especially in time for the 2022 FIFA World Cup that Qatar is hosting. Upon completion, the project will secure the upgrade of the existing highway, the connection of major roads in Doha and the easy access to the new expressway. The corridor will also include Qatar’s longest flyover– covering 2.6km between Al Bustan Street and Bu Erayyen Street – as well as the largest interchange. In addition, the longer of the two bridges, designed as a cable-stayed bridge, will be the first of its kind in Qatar.

The jobsite’s inner-city position and the project’s complexities are placing high demands on the execution of the construction work. CCC’s project team are managing the project and providing technical and construction expertise to ensure that this ambitious infrastructure project meets the highest standards of excellence.