A LANDMARK PROJECT THAT UNDERLINES THE EMIRATE’S ROLE

The new Presidential Palace in Abu Dhabi is a landmark project that underlines the Emirate’s role as a leader within both the UAE and the GCC. The Palace houses the offices of His Highness Khalifa bin Zayed bin Sultan Al Nahyan, President of the United Arab Emirates, Emir of Abu Dhabi and the commander of the Union Defense Force, His Highness Sheikh Mohammed bin Rashid Al Maktoum, Vice President and Prime Minister of the United Arab Emirates, and Emir of Dubai, His Highness Sheikh Mohammed bin Zayed Al Nahyan, Crown Prince of Abu Dhabi and Deputy Supreme Commander of the UAE Armed Forces, and the various Government Ministers. 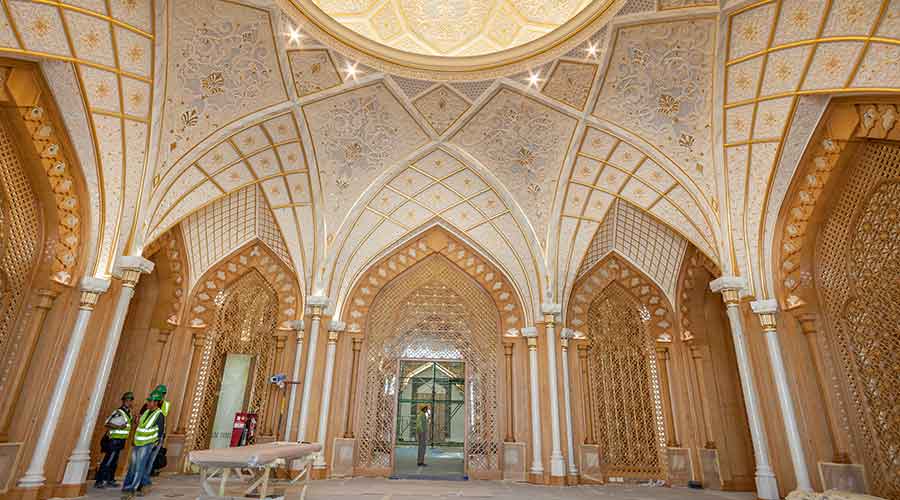 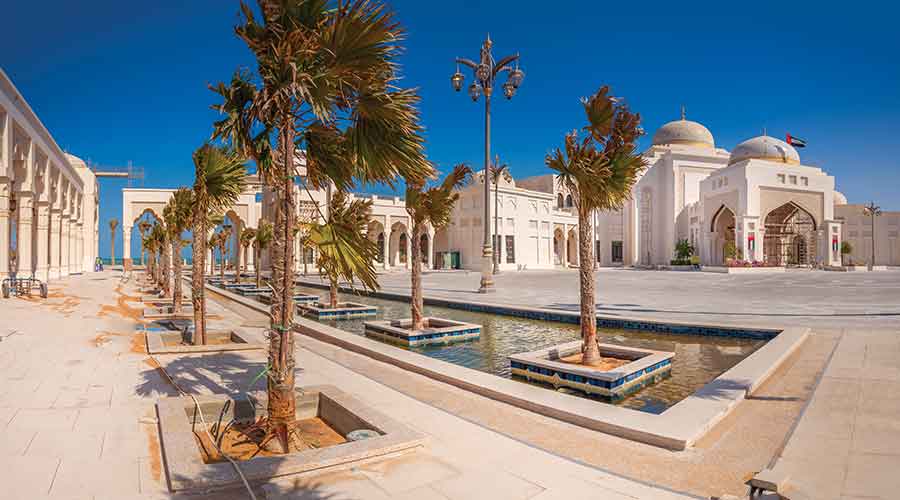 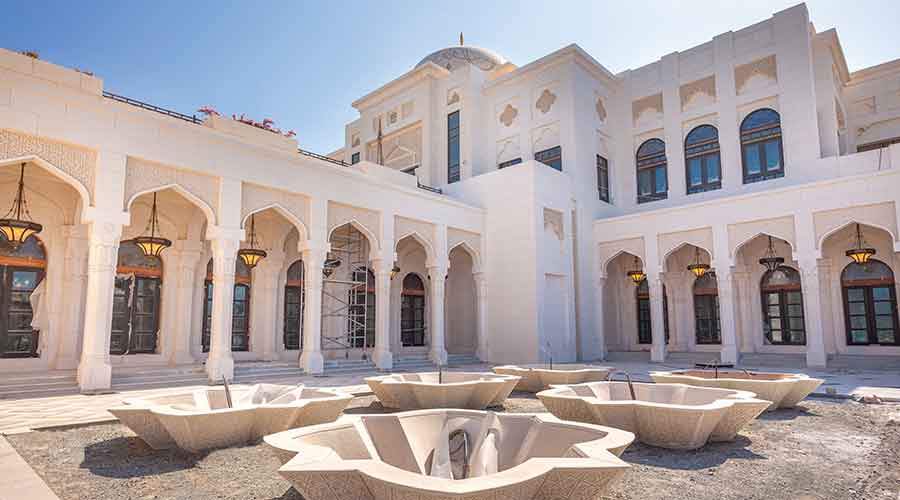 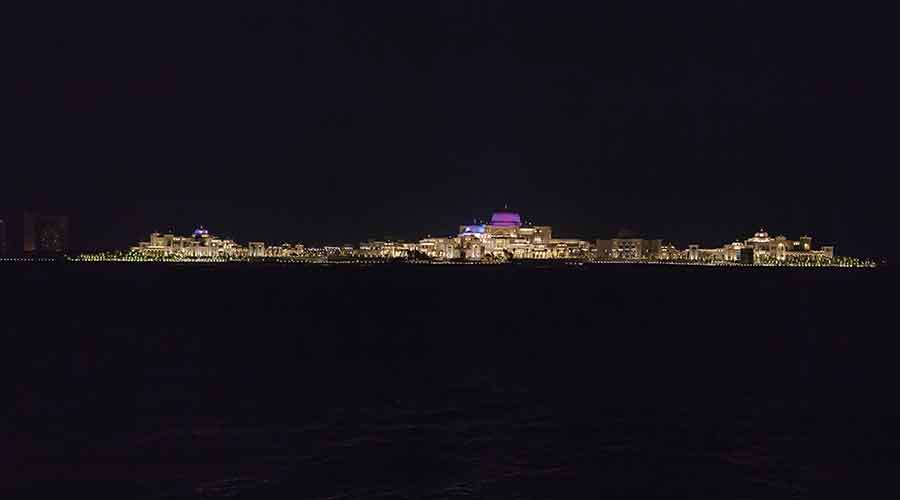 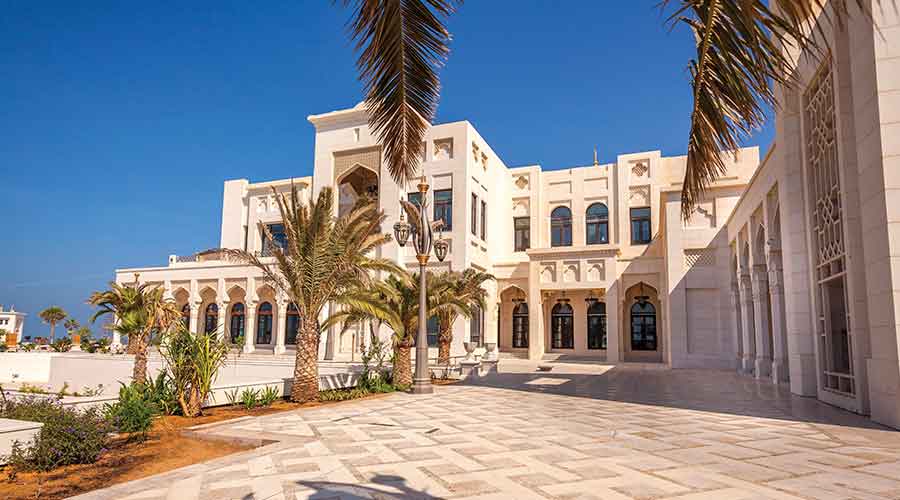 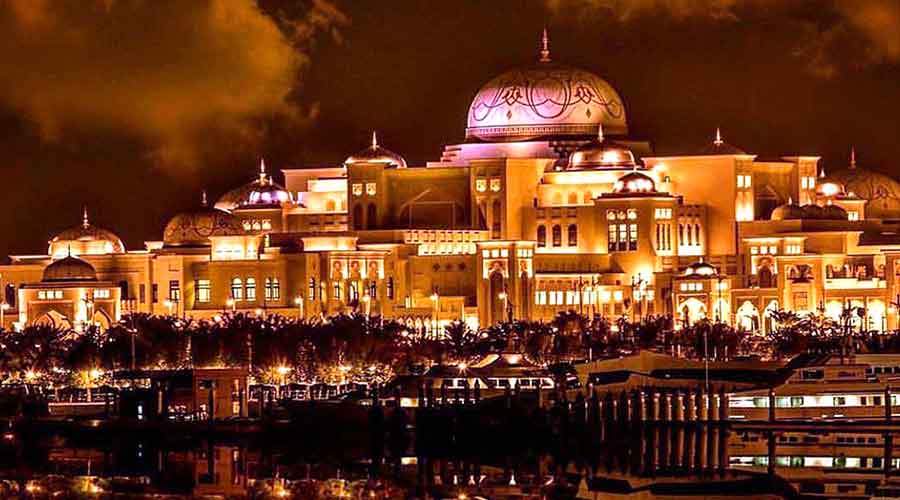 The site layout, the building form, its spatial organisation and the facade treatments respond fully to the complex functions and conceptual requirements of the Presidential Palace. The outcome is a unique image that enhances the project’s identity as a symbol of Abu Dhabi and as a House of the Nation for the United Arab Emirates.

The interior of the Presidential Palace has to be aesthetically pleasing and practical at the same time, and this has been achieved through the creative use of Islamic and traditional design alongside the very latest technology.

All the accoutrements of life at its best have been incorporated, resulting in luxury without limits. Unparalleled sophistication, sleek lines and rich furnishings will make this one of the finest palaces the world has ever seen.

The Main Hall acts as a focal point for all activities within the Palace Complex, interconnecting various functional units. A highlight of the hall is its ornately crafted dome, which elevates the volume of the structure to evoke a feeling of rich, relaxed elegance. The Majlis due to its sheer size and majestic conception incorporates richly crafted Islamic traditional design.

The Presidential Wing is situated on the northern tip of the vertical axis, emphasizing its significance and importance. Featuring meticulous workmanship and unsurpassed artistry, the Presidential Wing is adorned by magnificent sculpted Islamic and traditional architecture. With the first-floor housing the Grand Office of H.H. The President, The Administrative Officer, along with his support staff, is located on the other side of the wing.

The Vice-President wing serves as an office for H.H. the Vice President and all of his respective support staff and a team of officials. This wing is located on the eastern side of the Presidential Wing and enjoys a striking elevated exposure to the beautiful surrounding environment, incorporating a unique architectural approach that balances formal and informal spaces and landscaping.

The Ministerial Wing is situated on the right-wing of the main building and consist of the Minister’s office, meeting room Majlis, and secretary area. An architecturally magnificent crafted dome above the hall draws attention to the opulent feel of the internal environment. The meticulously thought out placement of each individual component towards the splendour of the exterior underlines its environmentally friendly credentials.

The left-wing of the main building houses the Supreme Council and has the flexibility to be able to host GCC, Arabic and Islamic summits. The chamber is extremely striking, featuring intricate Islamic decoration that culminates in a beautifully crafted central dome that gives the whole wing a sense of substance and meaning.